England is boosting domestic women’s football not only towards hosting the next 2021 Women’s Euro but to achieve the level of countries as Germany or France.

After Women’s Euro 2017, they announced their goal to double the amount of women in football by 2020, following a record peak audience for the semi-finals against The Netherlands of 4M English viewers.

The infographic released by The FA shows the current numbers of 2017-18 season, following the main objectives for 2017-2020 period: 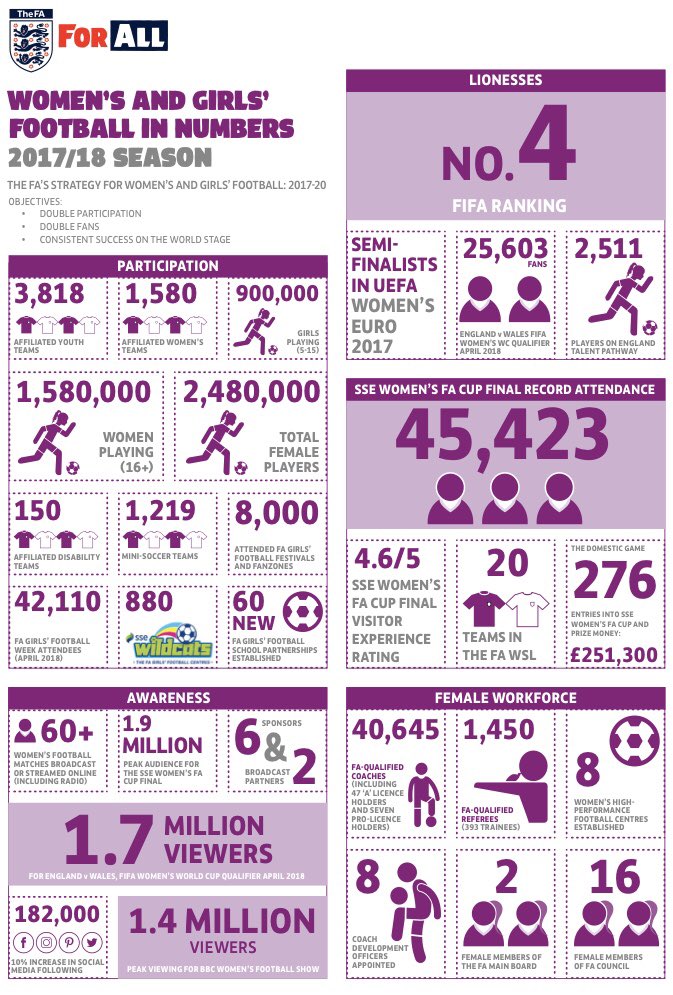 As we saw last November in the following infographic from Palco23, England is following the steps of top the countries: